What are you looking for?

Tropical Islands is Europe's largest tropical holiday world. Here you can forget the daily grind and find relaxation, action and fun for yourself, your family, your partners, your friends. With its countless attractions and superlative themed worlds, there is something for everyone. Germany's largest water slide tower, the largest indoor rain world in the world or even 10,000 m2 of sauna and spa facility awaits you. But there is even more to discover. We look forward to your visit!

From airship hangar to tropical paradise

It all began with the construction of one of the world's largest free-standing hangars in southern Brandenburg. Originally built as an airship yard for CargoLifter, it was acquired by the Malaysian consortium Tanjong PLC/Colin Au in 2003. In 2019, the Brandenburg leisure resort was sold and incorporated into the Spanish Parques Reunidos group of companies, a leading global operator of regional theme and amusement parks. Strange experiences that could only happen at the tropics.

In 15 years, many amusing and exciting things have already happened, like the following story from Camping Supervisor Alex. She tells us about an encounter of the prominent kind that occurred in the summer of 2007.

On 20 July, 2007, Alex was still a shift supervisor at Security. "I remember it was a Friday, and I was actually off work"; she was filling in for a colleague who had a personal commitment that night. A lucky coincidence, as it turned out. "A helicopter had landed in the meadow next to the gravel parking lot. Out climbed two men and a woman came up the embankment.

She first had to rub her eyes when she made direct eye contact. One of the men turned out to be Tom Cruise. "I remember he was wearing a grey shirt and a black suit. His trousers were full of burrs that he had caught on the barrier." The actor was shooting his Stauffenberg film "Operation Valkyrie" in the surrounding woods at the time and flew over the colossal hangar every morning.

Before she could say anything, the actor held his hand to her: "Hi, I'm Tom." To which Alex replied with a dry "Oh shit". This spontaneous reaction amused Cruise. "He asked me what's the Dome about," she recalls.

Alex invited him on an impromptu guided tour of the Tropical Islands. Meanwhile, her colleagues stared in disbelief as her English skills were tested. "My English is practically Hollywood now," she laughs.

The following day, she received an unexpected phone call informing her that she needed to come over urgently. When she arrived at the Dome, her colleagues presented her with a massive bouquet. A thank you that Tom Cruise addressed to them with a card and a personal dedication via Fleurop. Alex was excited when the actor got back into his helicopter and took off. "Just part of the job," she sums up the encounter. And sometimes, you even meet a global star in the process.

Tropical Islands - Follow the expansion of the resort in the timeline

Since January 2021, our shop & bistro on the campsite has a new shine.

In 2020, 135 new holiday homes will be built on the resort grounds. Tropical Islands thereby consolidates its reputation as one of the largest accommodation providers in Germany.

A new, sports attraction is opened, Pororoca, the surf simulator is now delighting our guests.

In 2019, Tropical Islands will become part of the Parques Reunidos Group. The Spanish investor operates more than 60 leisure facilities in 14 countries, welcoming a total of 19.6 million visitors per year.

The water playgroundextends over about 650 square meters and measures a total height of over 15 meters. This makes it one of the largest in Germany. Its 8 slides and the many additional play options inspire guests of all ages.

The lodge tents - a pleasant rustic overnight experience while retaining access to certain amenities, yet still keeping the camping atmosphere!

Camping flair meets comfort, in the form of our glamping luxury tents. The private living area and separate sleeping area with four-poster bed and bathroom with freestanding bath create an experience that will delight outdoor enthusiasts and comfort seekers alike.

In2017, the resort will be extended by 30 Nature Homes. The new accommodation category is characterised by a larger living space and panoramic windows.

Due to continued high demand, 60 more Woodland Homes are being built.

The anniversary year of Tropical Islands, the tropics have already inspire their guests from home and abroad for 10 years. Currently, we already welcome over a million visitors - every year.

The opening of Brandenburg's first Woodland Homes Park enhances the accommodation segment with an additional category.

Since planning began in 2008, numerous overnight accommodations have been created in the hangar. A total of 195 rooms and lodges with 516 beds and 133 tents with 350 beds are now available to overnight guests in the hangar.

In 2010 we are taking another important step towards perfecting the theming with the opening of Harbour Town Royal Harbour . As of now, it is no longer just the individual rooms and lodges that have different designs. An entire area opened the possibility of staying overnight, and to enjoy the ocean breeze.

The campground is opened. On 60,000 square meters there is enough space for caravans, motorhomes and Tipi tents. A leisure centre, many indoor and outdoor sports facilities and, especially, the advantageous location in the beautiful nature of the Spreewald increase the popularity of the area, also with international guests.

In 2007, we enhanced the holiday world with the tropical Sauna Landscape, eight themed saunas with numerous wellness offers and spa treatments are now available to guests in an area of almost 10,000 square metres.

A great attraction is opened: At 27 metres, the tallest water slide tower in Germany has four slides. The record speed on the turbo slide is 74 km/h. It is still hard to imagine that this will one day be the largest tropical indoor rainforest in the world. But with the opening of the hangar through the UV-permeable film on the south side, the biotope will grow and flourish over the next few years.

2004 - the Tropics in Germany are opened. Huge construction projects were undertaken to make this dream come true. The water surface of the Südsee alone encompasses 3,000 square metres. The volume of sand on the adjacent beach is 860 cubic metres of fine-grained sand. Along the monkey rock with its waterfalls, the lagoon extends over 1200 square meters. The swimming areas are not only the main attraction for our guests, our lifeguards have one of the most beautiful workplaces in Germany. The world's largest indoor rainforest is home to 50,000 plants and 600 species, as well as parrots, flamingos and turtles. The Bali Gate forms the entrance to the Tropical Village; it contains a large portion of the gastronomic options. Here, our colleagues in the food and beverage department work in buildings and huts that are mostly original structures. They were made in Borneo, Bali and Samoa using traditional craftsmanship and rebuilt at Tropical Islands by local builders. Adjacent is the Tropino Children's Club, a play paradise covering an area of 4000 square meters. Not just for children, our colleagues have a lot of fun too!

The decision was made: In the coming years, the former Zeppelin hangar is to be transformed into Germany's largest tropical holiday world.

A site with history

The Malaysian consortium Tanjong PLC/Colin Au buys the site to build the Tropical Islands Resort in the hangar.

CargoLifter AG acquires the site from the Brandenburgische Boden Gesellschaft and a number of previous owners. A former military site is to be turned into a modern, peacefully used location for lighter-than-air technology.

The company files for insolvency in the summer of 2002.

The site is managed by the state of Brandenburg and cleared of contamination, such as paraffin tanks and ammunition.

The Soviet army occupied the airfield. One of the first and largest military airports in the GDR was built. In addition to its military function, it also served as an airfield for state visits from the former USSR. On 17 October 1963, a Tupolev carrying cosmonauts Valentina Tereshkova and Yuri Gagarin landed.

A military airfield of the Air Force for the "Aircraft Pilot School Brand-Guben" is established. Towards the end of the Second World War, it served the transport air forces in preparation for airborne operations and, from 1943/44, as an alternative airfield for the fighter air forces. In the spring of 1945, the airfield was involved in the operations of the frontline air forces of the Wehrmacht.

The enormous hangar was originally built as an airship yard for CargoLifter AG. For the airships, the building was designed as a volume-optimised and aerodynamic "tailor-made suit". The colossal dimensions placed high demands on the planners at SIAT, a subsidiary of Siemens. The construction had to cope with the snow and rain from 70,000 square metres of roof, and the heating system had to regulate the temperature of over five million cubic metres of air. Almost 14,000 tonnes of steel was used

The proportions of the hangar

The dimensions of Tropical Islands are gigantic: The Dome is considered one of the largest free-standing hangars in the world. It measures 360 metres in length, 210 metres in width and 107 metres in height.

The Statue of Liberty of New York could fit inside it, the Eiffel Tower of Paris could fit inside it. The floor space of 66,000 square metres can fit 9 football pitches. And the height of the hangar provides enough space to accommodate the skyline of Potsdamer Platz.

The CargoLifters were to enter and exit through two mighty shuttering gates consisting of 6 sliding segments. The 600-tonne gates, which took 20 minutes to open, are no longer opened and closed today.

Despite its size, the giant structure is a structurally lightweight. The steel structure supports a membrane vault. This was then replaced with a UV-permeable special foil for the conversion to a tropical holiday world on the southerly side. The same material, by the way, that was used to build the Allianz Arena.

Tropical climate with the latest technology

In Tropical Islands, the air temperature is around 26°C and the humidity is a pleasant 40-60% for plants from all over the world. Underfloor heating ensures swimmers don't get cold feet. A first-class climate control and irrigation system is used to guarantee compliance with the various temperature zones.

The indirect lighting system, together with the UV-permeable membrane on the southerly side, ensures brightness in the dome during the day, even in winter. Light and warmth allow the plants to grow and provide visitors with a natural tan.

The 7,000 cubic metres of water in the South Sea (28°C) and the lagoon (32°C) are purified with state-of-the-art ozone filter systems. The water quality is at drinking water level. The two stainless steel swimming pools guarantee the best hygiene conditions. The water depth does not exceed 1.35 metres. 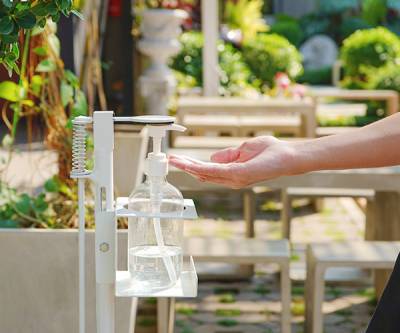 All the information you need for a safe stay

All the information you need for a safe stay